NORDIC FRONTIER. We invite Pär Öberg and Fredrik Vejdeland of the Nordic council to discuss the election aftermath and the way forward. 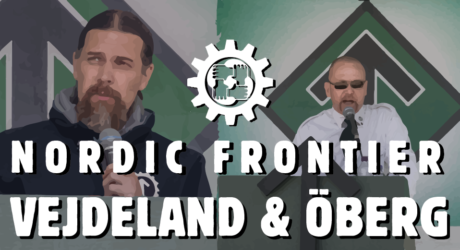 This week we have two esteemed members of the Nordic council on to discuss the election aftermath and the way forward.

Pär Öberg, press spokesman and chief of our parliamentary branch, returns to the show after running a very intense local campaign in Ludvika.

Fredrik Vejdeland, former editor in chief of Nordfront and current chief of radio, joins us for the first time this evening to talk about his campaign in Kungälv and the progress we’ve made in the greater Gothenburg area.

Activism in Turku and Week against Drugs Campaign

Listen to “Nordic Frontier #81: The Resistance marches on” on Spreaker.