NORDIC FRONTIER. Tom Goodrich joins us this evening to talk about Hellstorm, other works and his recent stint on the European continent. Neo-Mike also reports on the independence march in Latvia.

Check out Tom Goodrich’s books at thomasgoodrich.com and support a man that has spent a lifetime enlightening people on history!

Current state of our Government

Finnish demo on the 6th of 12th

Listen: A Player will appear.

Listen to “Nordic Frontier #90: Tom Goodrich, Hellstorm and the fall of the Third Reich” on Spreaker. 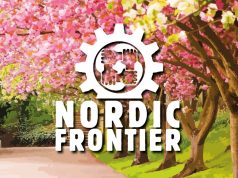